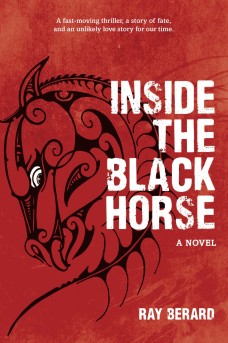 “What had changed so abruptly to discard logic and calculation?”, Brian Duncan, an ex US undercover cop and now a NZ PI, asks this of himself as he heads off into the bush alone at one point in this fast paced thriller – but many of the characters might ask it many times through the story.  Duncan has been contracted to see if Toni Bourke, who runs the Black Horse Bar and Casino in Rotorua, was complicit in the violent robbery of her own premises.  Duncan expects a quick job and a bit of sightseeing before heading back to Auckland – but is in for a shock.  Not only is Toni’s TAB “a lot closer to Detroit than to Ellerslie”, Toni herself knocks Duncan for six emotionally – and there appears to be lot more going on than the theft of slightly less than $115.000 can account for.  The reader knows exactly what is going on – that the heist is the work of Pio, a hapless kid who inadvertently takes off with a $500,000 bag of methamphetamine as well as the money – all after accidentally shooting a patron in the head.  This unfortunate mess gets two local gangs involved in trying to find the dope and the money, as well as the police and the PI.  The latter secretly engaged by a gambling company bureaucrat in Auckland madly trying to save his job.  The more fearsome of the two Rotorua gangs is headed up by Kingi, Pio’s brother, and his desperate handling of the situation is heightened by his illicit P habit and the increasing criticism of his off-sider and suspicion of his crew.  It is hard to believe this is Berards’ first published novel; it is remarkable how he keeps the reader aware of what is going on while all his characters are flapping around in the dark.  And that amidst the rapid pace of the plot he still allows the reader time to feel for Toni – who deserves a break rather than the black hole she finds herself in, for Duncan – who is fighting demons, for Pio when he is found, and for Henry – an ageing gangbanger whose body is starting to fail him and for whom the public health service is probably only accessible from inside a prison.  The characters are great, the use of nature as a backdrop – both the beauty and the violence, effective, and the message of the evils of methamphetamine clearly stated.  As Kingi says: “This, folks, is the other Aotearoa. The one they don’t put in the travel brochures.”  Highly recommended.