Philippa Barnes, glacier guide and amateur sleuth is back – but global warming means 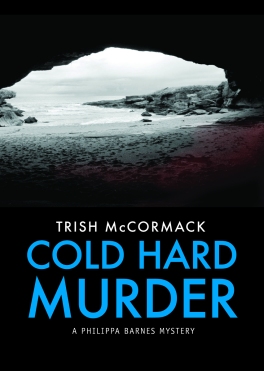 glacier guiding is no longer a promising career, so she is maintaining tourist tracks for DOC in Paparoa National Park.  She isn’t too worried about the political unrest she finds when she arrives in Punakaiki – a new DOC manager is planning a major tourism venture in the region, much to the horror of the locals – she is just there to make some money before heading back to Franz and starting a low key tourist venture of her own.  But when the new manager is found dead, and the Police announce it is murder, Philippa ends up once again drawn into the mystery.  And there are suspects galore – and a body count rising to rival an episode of Midsomer Murders.  The backdrop of the Punakaiki pancake rocks and blowholes and the Park’s limestone cave systems is perfect for the creation and stashing of corpses, and the wild West Coast’s reputation as a haven for people escaping all sorts of situations adds to the rich mix.  The wild and mysterious environment is a nice metaphor for the personal secrets and tragedies Philippa uncovers while trying to connect the dots that link the murders.  And she is a nicely flawed character – having personal history to deal with – and sometimes being quite indiscreet with the gossip/information she is given.  Cold hard murder is a good murder mystery – there are enough clues for the reader to keep coming up with possible solutions, but I am not convinced that there are quite enough for the reader to guess the correct one.  A gripping read – and one that made me want to re-visit the spectacular Paparoa region.