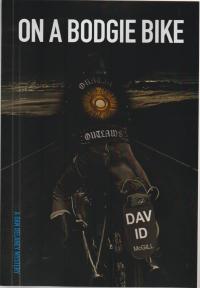 Dan Delaney is back, but he’s not the earnest young lad who longed to be a detective who we first met in 1935, nor the more mature Dan we next met in Wellington in the mid-1940s. It is now 1955, and Dan is living back with his Dad in Auckland and working in the “choking confines” of a wool store, having given up on a brief stint at teaching when the liberal use of the strap reminded him too much of the Nazi atrocities he witnessed in a POW camp during WW2.  This Dan doesn’t want a bar of getting back into security work, and is turning into a cynical and prejudiced man of his times.

The New Zealand Dan now lives in is bleak: there is a generational divide with not much respect given either side, society is conservative and homophobic, most people are ugly, there is corruption in the Police Force, and politics are post-war weary, nervous of the ‘yellow peril’, and fraught with the baggage brought in by various immigrant groups.

Dan’s brother has scarpered to Australia, leaving his wife and two children behind. Dan grudgingly keeps in touch with Janet, with whom he had a pre-war one-night stand, and with her sons, Matt and Malcolm.  He quite likes Matt but he has no time for poor Malcolm, the overweight younger son, who is suffering under a depressed, drinking and therefore neglectful mother.

Matt is a bit of a larrikin, and he gets into all kinds of trouble when he agrees to help an idiot friend steal a Catholic monstrance, hoping to make money.  The monstrance, if genuine, is extremely valuable both monetarily and politically.  It hails from Croatia, and if it finds its way back there it could strengthen the rallying cry for revolt against Tito’s Communist rule.  Ante, the ‘brains’ behind the theft, is Dalmatian, as is his sister, Mira, who Matt has fallen crazily for after seeing her in a production of Romeo and Juliet, and after discovering teenage hormones and a vocabulary from the Bard to declare his love and feed his deliriums.

When the theft goes horribly wrong, and Mira and Ante’s uncle is killed and the monstrance goes missing, all parties – the Church, the Dalmatians, and Dan’s bête noire, Haas – who could be working for any number of foreign governments, the fall of Tito’s independent Communist regime being of benefit to both the left and right – all join the fray to capture Matt and find the treasure.  And Janet pleads with Dan to try and help her son.

On a bodgie bike is told at breakneck speed from the point of view of Matt as well as Dan, and is a gripping read full of fascinating history – it is also quite a distasteful read given how far social sensibilities have moved since the 1950s, and there are some very violent scenes.  The narrative is thick with 1950s slang and outlook, the only relief coming in the form of a couple who live out of the mainstream, and who help Matt and his mates when they are on the run.  The contrast between the kids’ own lives and Robbie and Wai’s is extreme, and the fact that Robbie and Wai “were no friends of the authorities”, reinforces the feeling that society is unstable and untrustworthy.

I thought On a bodgie bike was going to be a story of redemption – after all there is a lot of Catholicism and lost faith described.  But at the end, although the mystery has been resolved, there are still many unanswered questions and unresolved issues for Dan Delaney, for example his relationship with his brother and his nephew Malcolm, his guilt over Janet, his unhappiness with his work.  There is a glimmer of an improvement for Dan personally, albeit involving a Dalmatian Policewoman “just about young enough to be his daughter”, and some possibly transformative news about his own family situation.  On a bodgie bike is a good gripping read about a depressing post-war New Zealand, but I did miss the feisty idealistic Dan of old – maybe his story of redemption is in a future outing?