“Who is the mad one, me or him?” Male privilege, the dangerous side of social media, 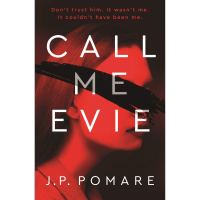 childhood trauma, teenage angst and the vagaries of memory, all play a part in this slow-burning thriller.

Kate is a seventeen-year-old teenager living with partial amnesia.  She is in a small rural New Zealand town, Maketu, apparently being held captive by a controlling yet devoted man named Jim, who has renamed Kate Evie.

Kate remembers enough to know she wants to go back to her home city of Melbourne.  There is an extremely traumatic event that has made Jim bring Kate to Maketu, but Kate’s memories of that night are blurry and partial. As she starts to remember, she becomes suspicious of Jim – is he really trying to help her or manipulate her?

Kate is used to being manipulated by men: “Boys are so skilled at drawing apologies when they’re the ones who owe them.”  She had her controlling father, her overly jealous boyfriend, the father of a friend who made some weak choices, and she now has her new friend Iso, but can she trust him? I really can’t say anything about the twisting plot without giving the game away.  But believe me, you will change your mind about what has happened and what is going on many many times as you read.

The story is told in six parts, flashing backwards and forwards between ‘before’ and ‘after’ and is peppered with questions from a psych interview form.  All of which adds to the mystery.  The vulnerability of children, the power of the Internet to ruin lives, the anonymity of social media and the ability of people to create their own realities are all skilfully handled.  “The truth, I realise, doesn’t matter.”

Call me Evie is a great debut novel, read it and see if you agree!